State Property Fund of Ukraine (SPFU) put up for auction all 65% of its shares of State Enterprise (SE) Kharkivoblenergo, announced deputy head of the Ministry of Economy Julia Kovaliv on Twitter, reports Politeka (RU).

According to her, the starting price of the package amounts to $73 million. “SPFU has prepared terms of privatization of Kharkivoblenergo. At the auction will be placed 65% of shares. The starting price – about $ 73 million,” wrote Kovaliv.

Note that in addition to the state enterprise shares, that is 29.8%, owns a Cyprus offshore Garensia Enterprises Limited, which is associated with oligarch Konstantin Grigorishin. 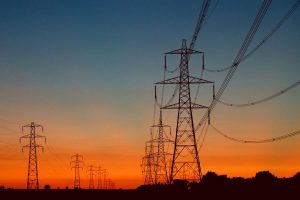 In March it was announced this year State Property Fund plans to sell about 450 objects of privatization: 20 large-scale enterprises, 50 medium-sized companies and about 380 objects of small privatization.

On May 22 the head of the SPF Igor Bilous said that for all placed for the privatization power companies, Ukraine plans to raise about $ 300 million.

BACKGROUND: “Kharkivoblenergo” owns distribution electrical networks located on the territory of the Kharkiv region, serves them and delivers electricity to end-users in the region.

We also recommend you read Poroshenko: Not time to sell Kharkiv’s Turboatom and Taxmen: liquidation of KTP is better for the country than its reconstruction.