In the Kharkiv Regional State Administration (KRSA) programs have been developed for territorial defense and counter-terrorist activity.

This was announced by the chairman of the KRSA Igor Rainin.

“At the next session of the Regional Council, which will take place on April 14, we will submit two very important safety programs – program of Territorial Defence of the Kharkiv region for 2016-2017 and program of counter-terrorism activity for 2016. Both programs are designed by the regional administration and for the first time these documents contain the actual set of actions, and we are laying the real funds for its realization,” said the head of KRSA. 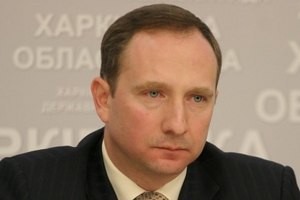 “Due to this program we will fully restore the normal operation of the territorial defense system in the Kharkiv region. For many years, this system existed only on paper. It was impermissible in peace-time, and now, when part of the Kharkiv region included in the ATO zone, we just have to intensify work in this direction,” noted Igor Rainin.

Check our recent posts Kharkiv launches its own program to provide housing for ATO soldiers and The US government will provide support to programs of KRSA.