Home Business The Kernes trial was postponed for two weeks 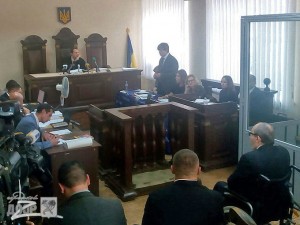 Only law enforcement officers were standing in front of the court premises this time, activists did not disturb the process with loud music and dancing. Lawyers, prosecutors, defendants and victims, all attended the courtroom.

Judge Andrei Antonov began the consideration of the case on the merits. At today’s court session Kernes lawyers filed a few more petitions. The Court, finally, partly interrogated one of the victims – the Euromaidan activist Alexander Kutyanin.

The story of a man lasted almost two hours. At that point, the judge decided to postpone the hearing. The victim will have an opportunity to finish his testimony on the next meeting, which is appointed on November 16 at 11:00.

Note that the previous hearing, which was scheduled for October 19, did not take place because of the judge’s business trip.

Recall that Kernes won the elections of the mayor of Kharkiv, which were held on 25 October.