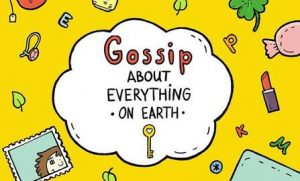 According to the publishers, this type of literature helps building empathy and personal connection to a country that is mostly known from war reports.

“Ukrainians laid down their lives for the right to be European. They barricaded their capital city with burning tyres and ran towards gunfire while carrying only wooden shields. They only wanted one thing, to be able to have a normal life. This book cuts through all the propaganda and news footage…” the saying in the project description.

But it could potentially bring a smile to the faces of people lounging in cafes in Berlin, London, and Paris. And just possibly help them understand people catching the tram to work in Kyiv or returning fire against Russia’s invading army in Donbas are no different to them.

Kalyna Language Press will help them tell their tales in English: “We believe that Ukraine will become part of Europe when the voice of its young people is heard”.

You can help Kalyna Language Press translate these stories into English by supporting Kickstarter before 16 September. And help make the world a slightly happier place!

We also recommend you read: In Kharkiv presented stress-relieving book, Book presentation about the Donetsk airport will be held in Kharkiv, Book by Sergey Zhadan entered the top 10 in Austria.