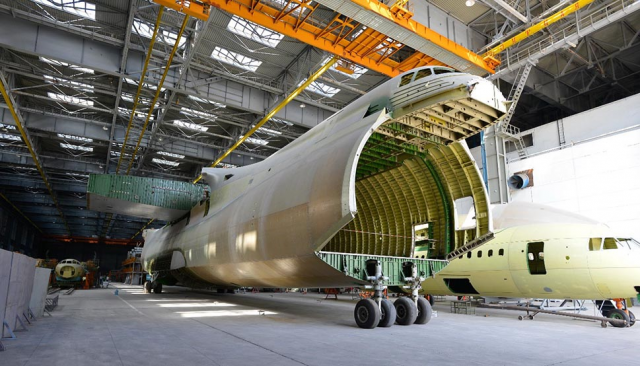 In August 2016, the State Enterprise “Antonov” and Aerospace Industry Corporation of China (AICC) signed a cooperation agreement for the AN-225 program, reports the company’s website.

Representatives of Antonov made it clear that each of the stages of the signed agreement will be implemented under a separate contract.

BACKGROUND: An-225 “Mriya” (means “Dream”) was built in the 1980s at Kyiv Design Bureau named after Antonov. Empty aircraft weighs just 175 tonnes, but fully loaded and crewed, the airplane can hold up to 600 tonnes.