Kharkiv has launched a pilot project on the movement of urban electric transport at night, reports city council.

From September 2, trolley buses and trams have begun to operate at night. According to the Department of Infrastructure, a pilot schedule of electric traffic at night is designed until December 1. 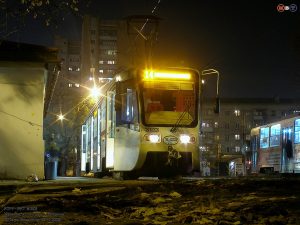 The purpose of this introduction is to improve the quality of services, to examine the passenger traffic on the main directions of movement of electric transport and the feasibility of the input of night routes.

It’s possible to learn the basic directions and time of the movement of trams and trolleybuses, using the links (RU).

Recently, half of urban trams and 47 trolleybuses in the most densely populated districts of Kharkiv were ‘switched off’ because of debt issues.

We also recommend you read Ukrainians develop an urban electric car, Kharkiv may have unified ticket system in 2016 and All public electric transport in Kharkiv faces switch-off.