On August 27, in Kharkiv at the main football arena took place the first home match of the newly created FC “Metalist 1925” against “Zhytomyr” team. Despite the amateur status of the tournament, Kharkivens showed successor of “yellow-blues” their support, Newsroom informs (RU). 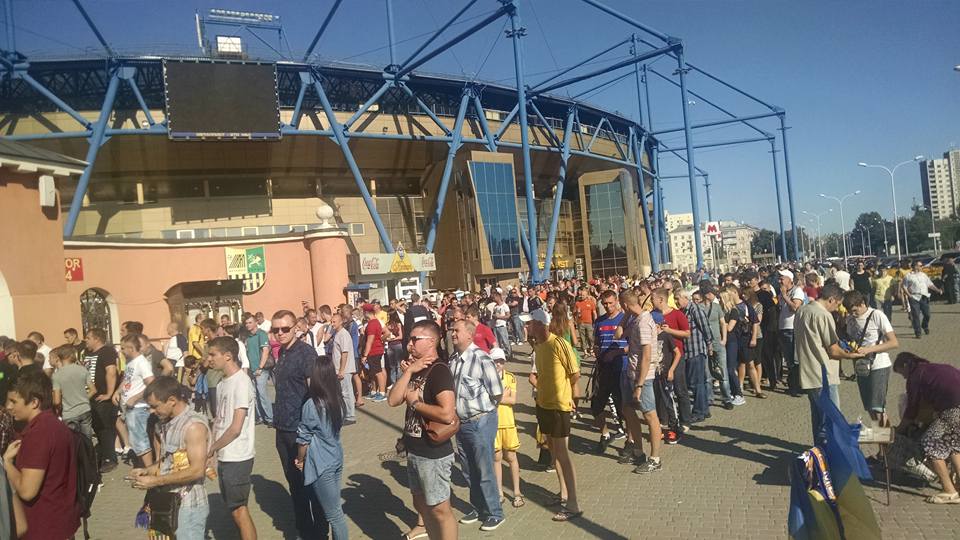 For the first time in a very long time at the box office of stadium Metalist were long queues. As a result, 6652 fans attended a match – for the amateur game the number of viewers is huge. The ultras also do not forget about the club, who along with his Zhytomyr “colleagues” simultaneously lit “fireworks” in the stands, and before the start of the match stretched a huge flag of Ukraine.

The game ended 0:0. After the final whistle, all the staff of “Metalist 1925” thanked the fans for their support.

We also recommend you read FC Metalist deprived of license, Concert arena, but no football for Metallist stadium and Kharkivens were asked for money for FC “Metallist”.