Home Business Create an outstanding startup, get a US Visa

The Department of Homeland Security (DHS) has proposed new measures to help startup founders develop their companies in the US, reports AIN.UA (RU).

While the new rules have not yet been triggered, the current proposals will apply under discretionary arrangements where a startup entrepreneur can demonstrate the following: 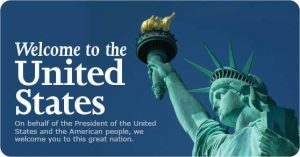 Under the new rules, an entrepreneur would be granted a visa for an initial two-year period. The visa can be extended a further three years upon demonstrating the company continues to enjoy inward investment, increased revenue and/or is providing expanded job opportunities.

Max Levchin (a native of Ukraine), co-founder of PayPal, Affirm, Glow, and Slide, sent message to White House, stating the new rule “makes it easier for the world’s best and brightest immigrant entrepreneurs to start the next great companies in the United States.”