In the first half of 2016, the freedom of speech situation in Ukraine slightly improved, according to data from an annual survey “Freedom of Speech Barometer” conducted by the Institute of Mass Information (IMI). 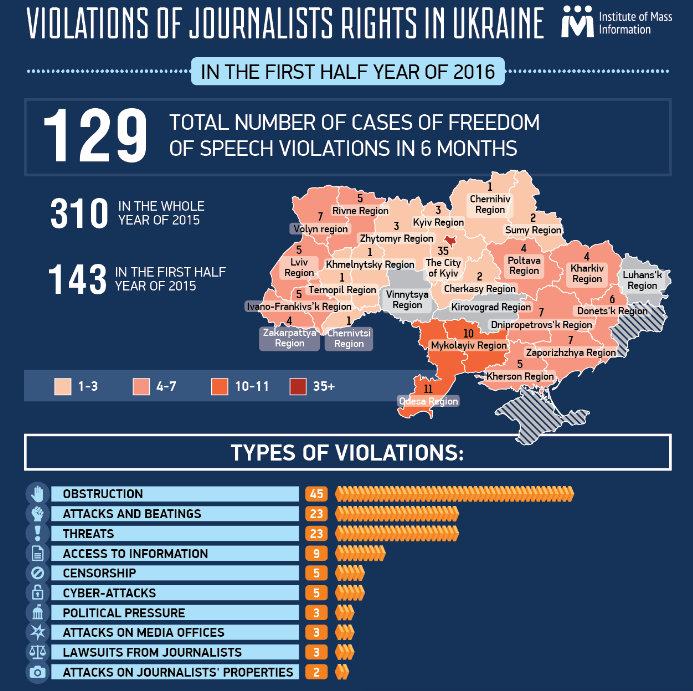 In general, the biggest violators of freedom of speech in Ukraine (unoccupied territory) were: ordinary citizens – 71 cases, the local authorities – 20 cases, officials – 8 cases. For comparison, the top three biggest attackers on journalists last year were individuals, the judiciary, security guards.

A full description of the cases that were included in the “Freedom of Speech Barometer” in the last month can be found here (UA).

We also recommend you read: Analysis of Kharkiv’s media unveiled, Kharkiv media on the second place by the number of materials misleading public, Ukraine to rise 22 points in the media freedom ranking.