In the appeals of enterprises, signed by the heads of primary trade union organizations, they ask Groisman to take into account his professional activities and the position of labor collectives when assessing the activities of Sabadosh at the position Head of NSA.

In particular, the letter of Kommunar personnel said significant results were achieved under Sabadosh leadership in 2006-2015.

“With Sabadosh, Kommunar fulfill orders for manufacturing control systems for launch vehicles “Zenith”, “Soyuz”, “Progress” and “Proton-M”, which carried out 230 launches, put into orbit 138 cosmonauts and 100 tons of payloads for the orbiting space stations,” the statement says. 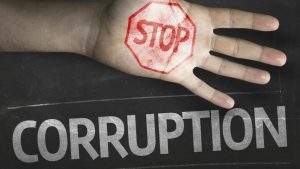 As noted in the letter, the decision of head of space agency to fight corruption transactions and irresponsible attitude to public funds, has resulted in the removal from the post of director of “Southern Plant” Alexander Degtyarev, and the opening of four criminal proceedings.