A campaign called KNURE Without Corruption was launched at Kharkiv National University of Radio Electronics.

An anonymous survey aimed at investigating the level of loyalty to the corruption in the university is the first part of a major anti-corruption effort. 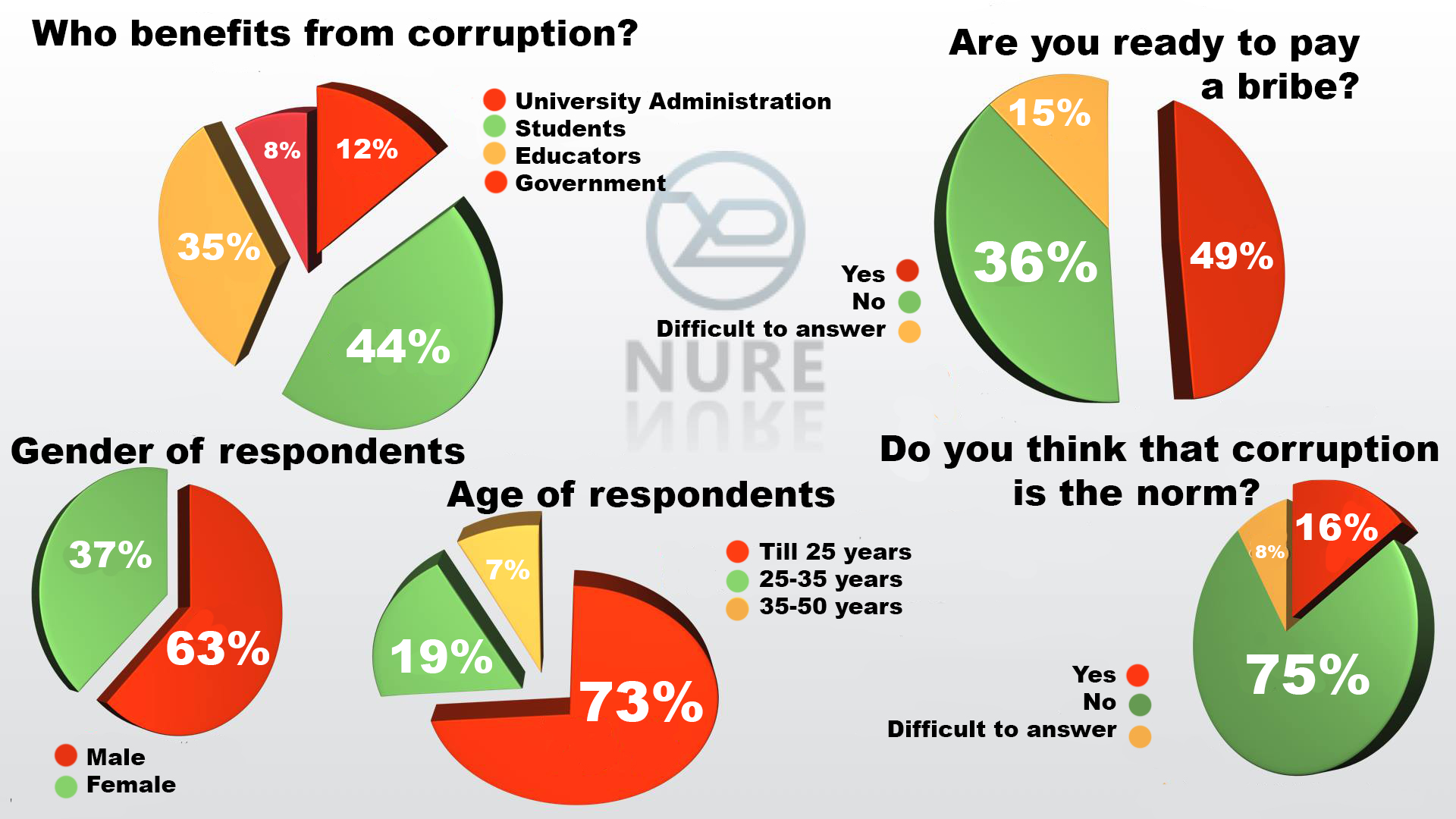 The project will create an anonymous channel to inform the leadership of corruption.

It is planned to hold a round table with representatives of other universities to exchange experiences in this area of work, as well as the creation of the university permanent anti-corruption commission with the participation of independent activists.

We also recommend you read: Only 7% of Ukrainians believe in success of anti-corruption policy, Kharkiv universities second worst for violations, Saakashvili: “This is not corruption – this is larceny and banditry”.