The concert will be one of the stages of the struggle for the right to host the Eurovision 2017, informs Citysite (RU). 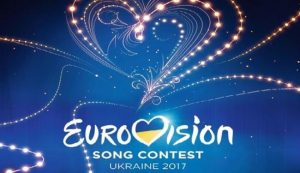 On July 17 Kharkiv will present itself in a two-hour telethon on channel “UA: Pershyi” at 18.30 together with Odessa, Lviv, Kyiv and Dnipro.

Kharkiv’s right to host the competition will take place at the largest square in Ukraine, Svobody Square. All Kharkivens can support the city. City officials invited them on Freedom Square to take part.

“It is important to show that Kharkivens want to see a music festival in their home town, so we invite everyone on Sunday at 6.30pm. On the square will be fun, will be a concert and will be an opportunity to support Kharkiv to win the right to host Eurovision 2017,” said the director of the Department of Information and Public Relations of the City Council Yuri Sidorenko.

BACKGROUND: Five cities have issued a bid to hold Eurovision 2017.

Other posts on topics: Kharkivens want Eurovision at Svobody Square and Jamala’s victory at Eurovision: How Europe decided.