Kharkiv police were worse in 2016 in solving crime than they were last year.

According to the prosecutor of the Kharkiv region, Yuri Danilchenko, the level of criminal detection fell by 20% in 2016, Dozor reports (RU). 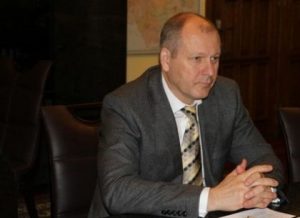 “There is a growth of intentional grievous bodily harm that led to the vicrims’ deaths, thefts from apartments, robbery crimes in the sphere of traffic safety and operation of transport, including transport thefts,” said Danilchenko.

He said the Kharkiv region is in third in Ukraine for crime rate per capita behind Kyiv and Zaporizhia. According to him, the overall crime rate rose almost in all regions.

“For six months of this year the number of committed crimes increased by half, including 38% of serious and 80% of particularly serious crimes. The worse level in Kharkiv was in Kyivsky, Moscovsky and Holodnogirsky districts,” he reflected.