As reported at the press service of the OJSC “FED”, despite the loss of traditional markets and a complete lack of orders in the second quarter, the company finished the first half of the year with an increase of about 103%. 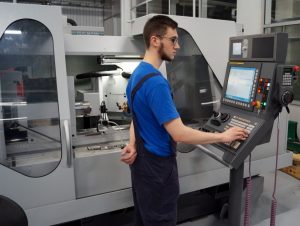 “Diversification of the product line has enabled the company to enter the EU market, China, which adopted the state program of development of aviation. At the same time, Ukraine remains the main market for the products of FED, said the company.

The priority in 2016 is program on the production of aggregates of a control wheel steering system, the hydraulic system and board power supply of the transport aircraft AN-178 to Azerbaijan. Also, it continues to implement the project for the production of Ukrainian gas turbine aircraft engine AI-450C for the Austrian light airplanes DART-450. 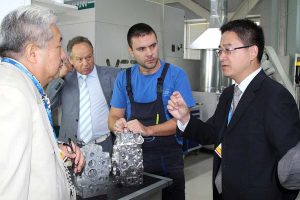 “We are working closely with the Air Forces of Ukraine in this year. Also actively develops cooperation with China, which launched a number of aircraft programs. This year’s scheduled delivery of elements pumping subassemblies for aviation enterprises of China. In particular: ZC12A, HM9, HM15, HT3014, HP17 \ 170. These programs are new, and have a long manufacturing cycle. Today they are at the stage of commercialization,” said deputy chairman of the board for Production and Logistics of FED Alexander Popov.

This year the company FED plans to complete construction of the assembly and test rooms. This will entail the expansion of product lines and create new job places.

Other posts on topics: “FED” to help Iran with plane manufacturing and FED has invested millions in production.