Kharkiv Film Studio “Steps” began fundraising for the shooting of the film “A Human Death”. This was reported on the website of the project on raising funds for various projects Indiegogo. So far it’s collected $120, Status Qua reports (RU). 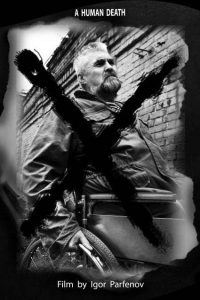 The studio said that the main character of the film will be ATO participant, the young man – an invalid. He is in a wheelchair gets to Kyiv by hitchhiking to help a man who lost his leg in the ATO area and went to prison, but does not consider himself a criminal. He and another heroine of the film (pregnant) begin a hunger strike.

“The way of a young man to Kyiv – is the metaphorical road to truth, where he meets different people, and sometimes a prostitute and thief are more generous than a priest,” reported in the film studio.

Recommended reads: Film about retreat of “Berkut” from Maidan will be shown in Kharkiv, Video about migrants from Donbas wins social advertising contest and Prerelease of Kharkiv film “Under the Sun”.