A 27-day archaeological dig in the village of Bolshaya Danilovka has unearthed the largest Scythian burial mound, reports Objective (RU).

Sergey Skoryi, head of archeology of Institute of Archaeology at Kraine’s National Academy of Science, said the situation was critical, as the mound was in a construction zone, and it was decided to quickly carry out surveillance and rescue operations.

In the burials researchers found more than 20 artifacts – animal bones, arrowheads, fragments of ancient pottery vessels, part of the ancient bridle sets and even human remains of a 30-33 year old man and a 15-16 year old girl.

“Here was buried the elite, there are no doubts. Because the mound had a height of not less than seven meters with a diameter of more than 40 meters initially. It dominated the whole area. If here was the burial of the elite, of course, here also buried ordinary people,” said Skoryi. 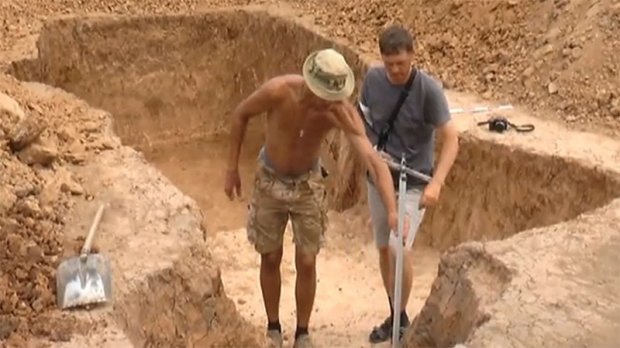 Found artifacts will been given to a laboratory for reconstruction, then on to Kharkiv Historical Museum. 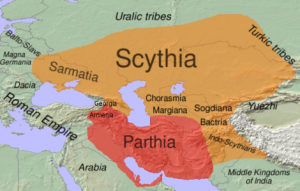 BACKGROUND: The Scythians were a large group of Iranian. Eurasian nomads who inhabited large areas in the central Eurasian steppes from about the 9th century BC until about the 1st century BC. The “classical Scythians” known to ancient Greek historians were located in the northern Black Sea and fore-Caucasus region.