Students of the Kharkiv National University of Radio Electronics (KNURE) became hostages of the bank “Finance and Credit”, due to the fact that the bank “got broke” last year, informs 057 (RU).

Fifteen foreign students from Turkmenistan, Azerbaijan, Turkey, Nigeria paid tuition in September last year. However, this money didn’t hit the university’s account, as the next day in the bank was introduced interim administration.

KNURE said there were no warnings of the bank’s problems. 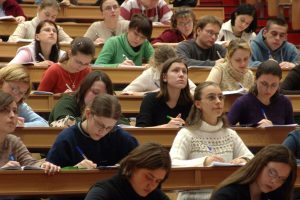 “Some students paid part of the required amount, some paid tuition for the entire academic year. The amounts range from 600 to 2500 USD. University has involved lawyers, and through the courts provided the opportunity to suspend the contract. This means that despite the fact the university actually didn’t receive payment, these students won’t be expelled. They are admitted to the session as well as for state exams and diploma defence,” said vice-rector for scientific and methodical work KNURE Stanislav Ignatiev.

The university is looking at reissuing refunds to students. 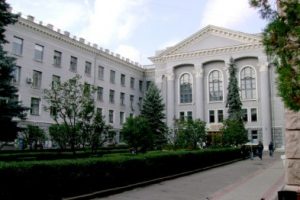 “KNURE students are in the 6th place in Deposit Guarantee Fund, that is, it may take a year or two before they return the funds. If the university will represent the interests of students in the notarized power of attorney, then it will be the debt of the bank to the state, and it will be in priority,” said Stanislav Ignatiev.

“Law enforcement authorities investigate why all the students had to pay for tuition only through one bank,” said acting rector KNURE Eduard Rubin.