The shareholders of the Kharkiv Tractor Plant (KTP) rejected the accusations of the Security Service of Ukraine (SSU) in the preparation of the relocation of plant’s assets in Russia.

They are also suspected representatives of law enforcement agencies in the deliberate pressure on the company in the interests of third parties, reports “Interfax-Ukraine” (RU) with reference to the official press release of the plant. 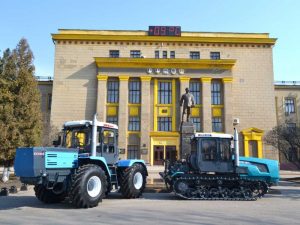 KTP owners also point to the illegality of the actions of public authorities on the production accounts. The statement said that if necessary, the shareholders will seek justice in international courts.

“We will initiate the establishment of a special investigative commission of Verkhovna Rada of Ukraine to find out the names of all members of the security forces who carried out pressure on the plant, as well as establish, in whose commercial interests they act,” noted the shareholders.

BACKGROUND: On June 4 the SSU said that the KTP’s CEO Andrey Koval is wanted. According to the Ukrainian secret service, he carried out preparations for the dismantling and removal to Russia of foundry equipment, as well as fire almost one third of employees.

The department affirmed that the implementation of these plans will lead to a complete cessation of the activities of the plant, where is planned to place the order of the Ministry of Defense of Ukraine. Currently the property and accounts of the plant are arrested.

We also recommend you read BTR-4 developers sued the Ministry of Defense and Yaroslavsky bought a major shareholding of Kharkiv Tractor Plant.