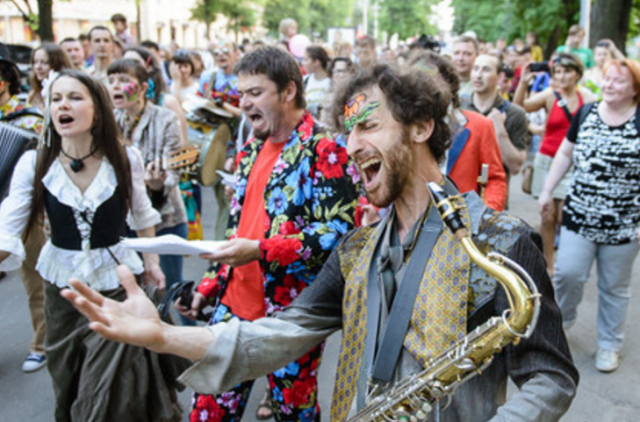 Today, from 13.00 to 19.00 in the city center will perform musical groups, dancers and singers.

According to the organizers, all six sites will be: