Emissions of pollutants into the air in Kharkiv has decreased. About this evidenced the data for 2015, which published the State Statistics Service of Ukraine, informs the press service of the Kharkiv Regional State Administration (KRSA).

The total amount of pollutant emissions to the atmosphere in general in Ukraine in 2015 decreased and amounted to 85.3% (2856.6 thousand tons) compared to the 2014 year. 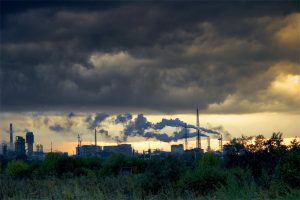 According to the Department of Environment and Natural Resources, the most pollute air in Kharkiv – enterprises on supply of electricity, gas and steam, in particular – Zmievska Thermal Power Plant “Centrenergo”, the branch of “Teploelektrocentral” – “DV oil and gas producer” (the former thermal power station-2) , Shebelinske, Kharkiv and Kupyansk linear production department of main gas pipelines.

Check our recent posts Kharkiv will join the All-Ukrainian action “For a clean environment” and Kharkivens will make Ukraine cleaner.