The Head of the Kharkiv police General Anatoly Dmitriev met with representatives of the advisory mission of the European Union in Ukraine, informs Glavnoe (RU) with reference to the press service of the National Police (UK). 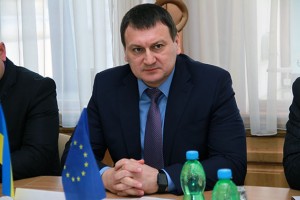 As noted by the head of Kharkiv police, since February 23 a new functional staff structure has been started its work in the Kharkiv region – 29 departments and police departments, including rapid reaction units and prevention units.

The introduction of new forms and methods of work has greatly expanded zones of around the clock patrolling and put the maximum number of policemen on the streets: now patrol 81 rapid reaction units – 2-8 teams in each district.

The advantages of the introduction of new forms of police services in the region is the reduction of response time on calls – in the region about ​​1.30 – 30 minutes, in the district center – 25-10 minutes.

Now it’s taken measures on the improvement of the functioning and modernization of the technical equipment of operational control center National Police General Headquaters, which with the help of GPS-navigation, interactive map, perform management functions of all police squads and coordinate their activities.

Moreover, in the police departments are trying to implement intellectual computer system “RICAS”, which allows real-time monitor the status of the criminal situation at any point of the territory, to determine the place with the largest number of crimes, the factors of serial offenses, to predict the further development of the situation and identify measures of prevention.