Social media project “Heroes” will be opened at the Kharkiv National Academic Opera and Ballet Theatre on April 9, the organizers reported (RU).

Seventeen ATO veterans and female volunteers who lost limbs during the events in Eastern Ukraine became heroes of the works of photographer Alexander Morderer and art director Tatiana Rubleva. Previously, the project has traveled Kyiv, Toronto and Dnepropetrovsk.

These photos tell us one thing — the Ukrainian heroes after injuries and amputations remain full members of society. They are beautiful, full of energy for new life, happy and inspire others. 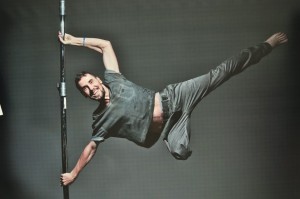 According to the organizers the project will tell about these characters to the largest possible number of people in Ukraine, and not only – in 2016 photos will be shown in Canada and the US as well.

Project curator Salomia Vitvitskaya is sure that courage, inner and outer beauty of the heroes helps not only themselves and their families, but also all Ukrainians.

“The project is bright and deep, and has set a lot of goals. I hope that together we can realize a barrier-free city in Ukraine and our heroes to be equal citizens of their country.”

The exhibition in Kharkov is organized by “Agreement Line” on behalf of the Kharkiv Regional State Administration.

“Agreement Line” is engaged in psychological and social support for ATO fighters and projects aimed at the return of demobilized members of ATO to a civilian life. 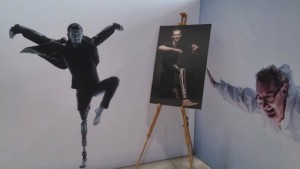