Seminars for government employees will hold the European Academy of Berlin (EAB). It was agreed by the chairman of the Kharkiv Regional State Administration (KRSA) Igor Rainin and the director of EAB Eckart Shtratenshulte, the press service (UK) of KRSA reports.

During the meeting the EAB director confirmed the possibility of KRSA employees to pass a 5-week training course at the Academy.

He noted the institution is a non-governmental organization that conducts educational activities relating to European integration, including a dialogue between East and West. 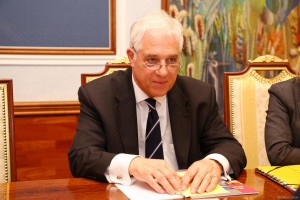 “The main theme of our seminar is aspects of good governance, and the main idea – the exchange of experience and practice. All the expenses cover our Academy and German government,” said Eckart Shtratenshulte.

The Chairman of KRSA noted the constant improvement of the quality of work of civil servants is a priority for him as a leader.

He suggested to consider the possibility of organizing a seminar for a group from the Kharkiv region. Eckart Shtratenshulte said he would discuss this with Germany’s Ministry of Foreign Affairs. 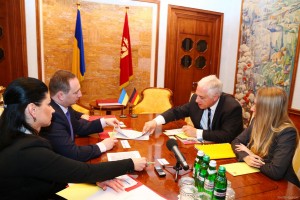 “I like this idea. I need a few days to discuss it in Berlin. Next week, I’ll give you the answer. And then we will be able to discuss in detail the program,” said Shtratenshulte.

The chairman noted that primarily the program of the EAB will pass specialists who are responsible for public communications, regional economic development and deregulation, and those who are specialized in the fight against corruption.