On March 2 Polish company LOT will launch flight connection Kharkiv – Warsaw. Polish airline offers flights not only to Poland but also to other cities in Europe, North America and Japan with a transfer in Warsaw.

“LOT has great potential to become a major air carrier to New York, Chicago or Toronto for thousands of passengers who depart from Kharkiv. The total time to get to North America will be 13 hours including very fast and convenient transfer in the Warsaw Frederic Chopin Airport,” said Adrian Kubicki, representative of the corporation LOT.

Since March, every week will be operated five flights to Warsaw on modern aircrafts Embraer, flights over longer distances – on Boeing 787 Dreamliner. The passengers are proposed three classes of service: business class, premium and economy. 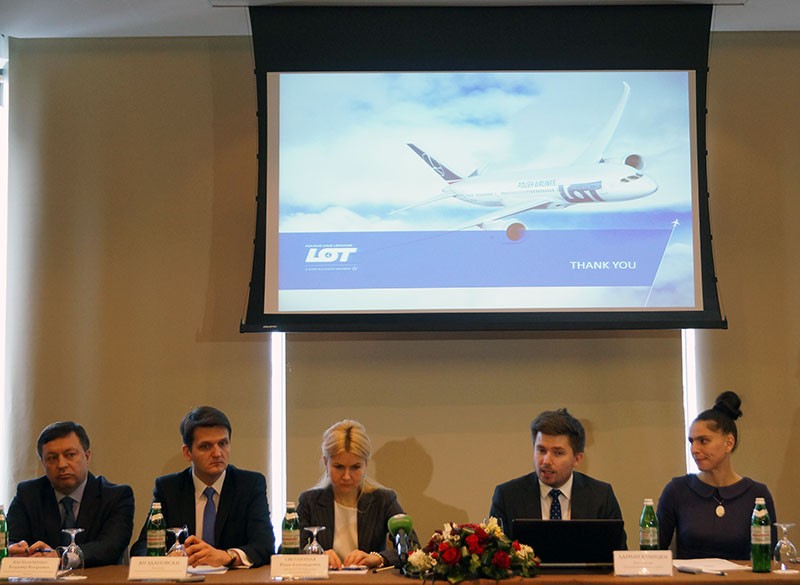 The Director General of the International Airport “Kharkiv” Vladimir Vasilchenko is sure that this flight – the result of long-standing cooperation between the airport, Polish company and the city government.

“The negotiations with LOT lasted nearly three years and as a result of this long conversation, is born this flight which will provide additional opportunities for the development of the relations between cities and states and for more convenient travel for passengers,” he noted.

The Vice-Consul of the Consulate General of Poland Jan Zdanovskiy is glad about such decision of his countrymen from LOT. According to him, the opening of this flight will contribute to better relations among states.

In honor of the launching the flights on the new direction, the airline LOT has presented promotional prices on international flights from Kharkiv. The return ticket on the flight Kharkiv-Warsaw during the promotion period will cost 129 USD, from Kharkiv to other European cities – from 249 USD, to Canada and America – from 559 USD.

The action commences on February 11 and will last until February 21 with travel period from March to August 2016.