The chairman of Kharkiv Regional State Administration (KRSA) Igor Rainin announced about it on January 15 during the meeting with a delegation of Special Monitoring Mission of the OSCE in the Kharkiv region.

The participants of the meeting discussed the political situation and the anti-corruption measures that are taken in our region.

Responding to questions of the OSCE representatives, the chairman of KRSA noticed that today for the first years of independence, the real work aimed at fighting corruption is in progress.

“In the fight against corruption the government should be decisive and take the first steps. But society must understand their responsibility and want the changes. Unfortunately, the citizens are ready to pay bribes for comfort,” said Igor Rainin.

Speaking about the results of anti-corruption activities, Igor Rainin emphasized the leading position of the Kharkiv region among other regions of the country. According to him, in 2015, it was filed more than 700 administrative and criminal investigations into the corrupt practices of the authorities. Most of these cases were brought to the courts.

Igor Rainin also told about systemic changes in the work of authorities in the fight against corruption.

“Kharkiv region was the first to take concrete steps in this direction. We were the first in Ukraine who in June 2015 implemented in Kharkiv and Kharkiv region the electronic system of registration of rights to real estate, – explained the head of the region. – Also, we started issuing the first electronic statements from the land registry. In the Kharkiv region is running electronic procurement system “Prozoro”.

The observer of the Special Monitoring Mission of the OSCE in the Kharkiv region Vincent Godbillon appreciated the work of the KRSA. 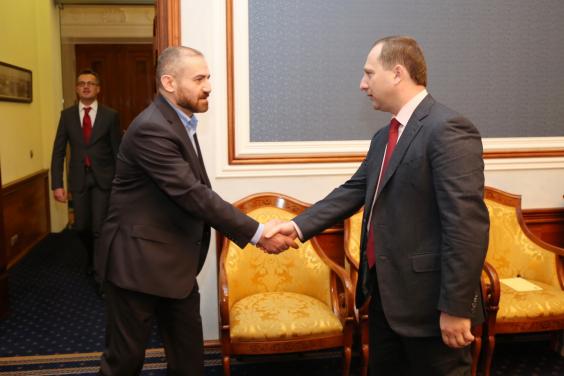 “I personally during a visit to Dergachi convinced that the system of issuing electronic statements works very effectively, people were satisfied. This is a significant step forward,” said Vincent Godbillon.