Home Kharkiv Kharkiv cops react within 11 minutes: the hooliganism decrease in the city

Kharkivens became to call cops more frequently due to the fact that the patrol police showed good job in Kharkiv as the chief of the of Kharkiv patrol police Olga Yuskevich said during a press conference.

“From the very beginning, especially in October, we noticed a large increase of the calls concerning skirmish and family quarrels, but now this occurrence has gone to reduce. Why? Because by a single call a neighbor or a passer-by feels protected in 11 minutes. 11 minutes and the policemen are already at the place and solve problems of those who called them. In my opinion, now the number of troublemakers decreases because there is someone to protect from” said Olga Yuskevich. 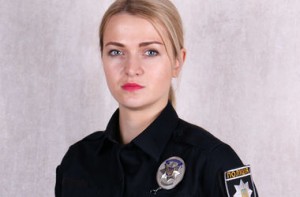 The head of the patrol police of Kharkiv region commented on the issue of false calls that come from the residents. According to Olga Yuskevich, the police does not react strongly to such calls:

“We try to close our eyes, we believe that our citizens will not do it. In order to minimize the number of false calls, in the near future we will hold preventive conversations with the residents. But if false calls relate to allegations of “mining”, there is only one reaction – a person who has made such a call will face criminal responsibility,” Olga stated.