Home Kharkiv Victims of violence could get aid of mobile brigades which began to...

Problems of violence and its counter-measures were raised under a round-table discussion “Ukraine without violence: solve the problem together” which was held in Kharkiv yesterday, on November 26th.

The roundtable participants discussed the subject of gender-based violence in Kharkiv and Kharkiv region caused by the military conflict in the east of Ukraine, as well as the tools to counter the violence. In particular, they discussed the measures taken by the local authorities, international and Ukrainian non-governmental organizations.

“After developing such social services, people affected by the violence began to address us more often. It happened not because the cases of domestic violence became more frequent, but because women ceased keeping silent. Unfortunately, in our country, it so happens that women prefer not to talk about their problems,” as the deputy mayor, Svetlana Gorbunova-Ruban, stressed. 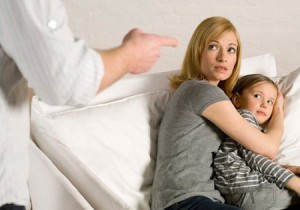 She also added that the Kharkiv Commission for the Protection of Child Rights every two weeks consider the applications of child rights violations. At each meeting, the committee members consider about 100 applications. Often the claims are based on the usage of children as a additional measure when the parents divorce.

Also at the meeting, the representatives of the International Charitable Foundation “Ukrainian Foundation of Public Health” with the support of the United Nations Organization submitted a project of mobile brigades which respond rapidly to the calls concerning domestic violence. Now there are ten mobile teams in Kharkov region. For two weeks they have received and accomplished 81 calls. Psychologists and social workers became a part of the teams. It is expected that these brigades will operate on a permanent basis in cooperation with the trusted center of Kharkiv City Council and all the institutions of social protection.