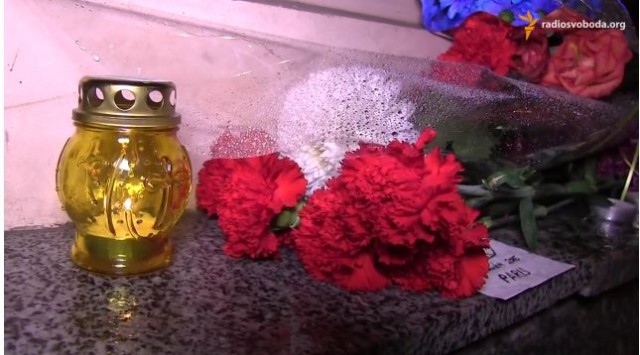 To the French Cultural Center in Kharkiv people bring flowers and light candles. Kharkiv commemorate those killed in the shooting in Paris and voice support.

Recall that late at night on November 13th Paris police reported a large number of deaths and injuries due to several shootings and explosions in various parts of the city and its environs and the taking of hostages.

Another video could be found here.