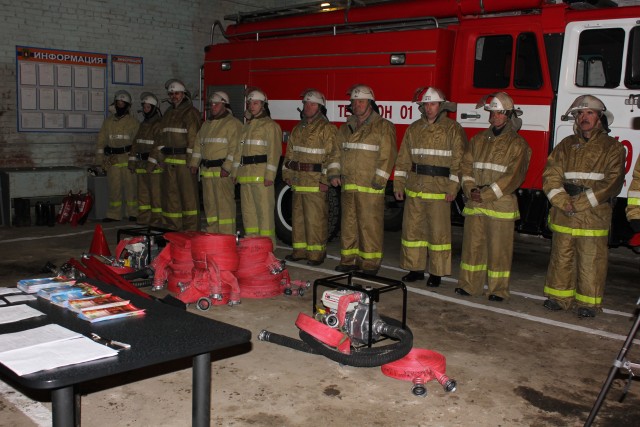 On October 29 the meeting of the commission on technogenic and ecological safety and emergencies of Kharkiv Regional State Administration headed by the KRSA deputy chairman Vyacheslav Abbakumov was held.

“Some inhabited localities of Kharkiv region are not fully protected against fires and emergencies because of significant distance from the placement of accident rescue units. In some regions the inhabited localities are situated in 20 – 32 km away from the fire departments, and that does not meet existing norms,” noticed the first deputy chief of State Emergency Service of Ukraine in Kharkiv region Sergey Chaban.

Sergei Chaban said that since 2003 it was planned to build 56 units of the local fire protection (LFP) in the region. Currently there are 45 operating units in the region.

According to Vyacheslav Abbakumov, the creation of local fire protection units should be considered as part of the local territorial defense. “Protection of the population and territories from fires is one of the important work of local state administrations and local governments. Therefore, implementing administrative reform which envisages unification of territorial units, it is important to keep all operating units of LFP, and consider the creation of additional units,” said Vyacheslav Abbakumov.

The Deputy Director of the KRSA Department of Civil Protection Vladimir Shitov noticed that the main problem is the lack of funding LFP by local budgets. According to him, for the financing of the local fire protection was planned to allocate more than 6 million UAH from the regional budget in 2015, but as of October 1 it was allocated 4 million 251,6 thousand UAH. The 21 units of LFP in 10 districts were created on base of local agro-enterprises which finance them.