Home Business The Kernes trial was postponed once again 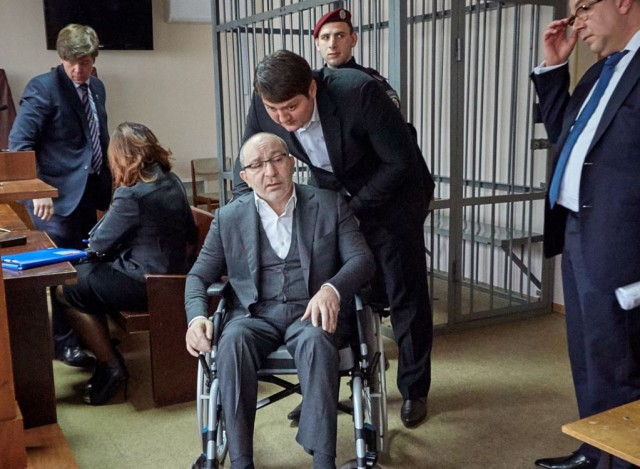 Scheduled for October 19th proceedings fell through because of a business trip of the judge of Kiev district court of Poltava Andrei Antonov, who conducts the court case of the mayor of Kharkiv Gennady Kernes. The judge was notified about it in advance, but didn’t cancel the meeting.

The meetings of the criminal proceedings against Kernes from March 2015 was repeatedly postponed for a variety of reasons.

At the meeting on October 19th which would be the 11th in succession, it was planned to examine the victims. According to preliminary information, the meeting should be called off after the local elections on November 2nd.

Recall, only at the last meeting on October 5th the Kiev District Court of Poltava started to hear the case on the merits. The mayor of Kharkiv and two of his bodyguards Evgeny Smitskiy and Vitaly Blinnikov who allegedly carried out the orders of the chief, were officially accused of under three articles of “Illegal deprivation of freedom,” “Tortures”, and “Threat of homicide”. All three defendants denied their guilt completely. During the meeting the lawyers of Kernes made a motion to question the Minister of Internal Affairs of Ukraine Arsen Avakov as a witness in order to clarify the circumstances: if he knew the victims involved in the case.

Kernes along with two bodyguards accused of the kidnapping and torture of two Kharkiv activists of Euromaidan – Alexander Kutyanin and Sergei Riapolov. If proven guilty, Kernes will face 5 to 10 years of imprisonment.