Home Culture Documentary film about the Kharkivens from the “Heavenly Hundred” will premiere in... 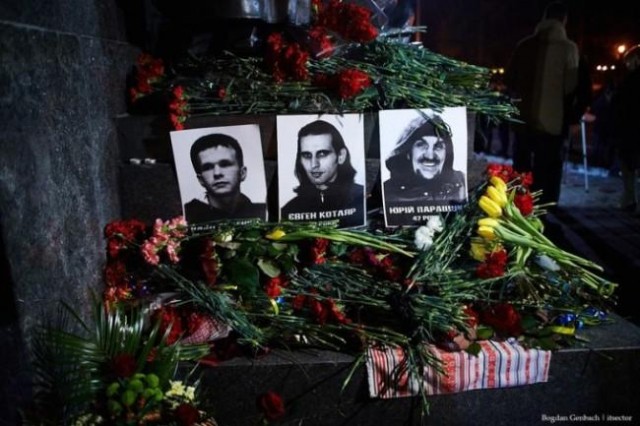 The documentary film “Heroes do not die” is set to premiere on October 12th in the Dovzhenko cinema. It is about the life and death of three Kharkivens, Vladislav Zoubenko, Yevgeniy Kotlyar, and Yuriy Parashchuk, who had died for the freedom and independence of Ukraine, during the shooting of the “Heavenly Hundred”, on February 20th, 2014.

The studio “Transformation” (producer – Dmitry Konovalov, author and producer – Vladimir Chistilin) have been making this film for almost a year. The film-makers captured the words of family, friends, associates, colleagues, casual acquaintances, and comrades of Kharkiv’s heroes of the “Heavenly Hundred”. The film crew got the unique video from Institutskaya Street, where, in a few minutes, all three Kharkivens had died one by one. The crew decided to find out what motivated each of them to make that decisive choice, and thus seal their fates.

The authors attempted to reach deep into the minds of Vladislav, Yevgeniy and Yuriy. Today, there are a lot of films about Maidan. Some of them received honors at prestige festivals, but the film “Heroes do not die” is the first study of the inner voice of Ukrainian revolution drivers. According to the producers of the film, nobody has filmed about last days of Maidan from this perspective, for sure.