The village of Voytenky, Valkiv district of Kharkiv region: a team of students and faculty of the Archaeology Department of the Kharkiv National V. N. Karazin University will soon be downing tools for the digging season of 2015. The site they are working on is one of very few of its kind. It is a burial complex of the ancient Germanic tribe of Goths, conquerors who swept Europe in the Dark Ages to eventually settle in Scandinavia and Middle Europe. This particular grave site comprises 25 hectares, making it the largest known Gothic burial area in Eastern Europe.

In traditional Soviet and Ukrainian anthropology, the Goths who lived on the territory of what later became Ukraine are researched under the umbrella term ‘the Chernyakhiv culture’. They are characterized by a distinct pattern of settlement and craftmanship that has lefts its traces from as far west as Romania to as far east as the Kursk region of Russia. Surging westward, they made contact with the Roman Empire, which enabled them to perfect technologies and scientific knowledge.

The Goths in Ukraine specially favored pottery, and used massive kilns to craft elaborate ceramic artefacts. Among other finds at the Voytenky site are metal arrowheads, Greek amphoras and Roman coins.

Once the excavation in Voytenky has been completed, archaeologists will move on to research a similar site in Zachepylovka. 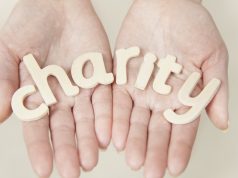 Large-scale charity festival to be held in Kharkiv 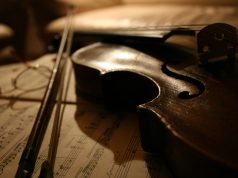 Foreign musicians to give classical music concerts in Kharkiv