The first QR-code appeared on the fountain “Mirror stream”, according to the City Council (RU).

The opening ceremony was attended by representatives of the Kharkiv City Council and foreign guests – the participants of the Association of Europe Prize Winners. 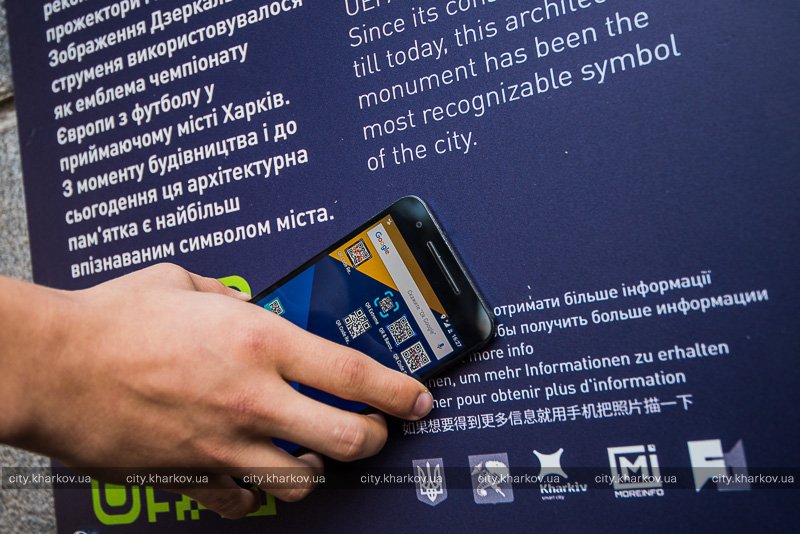 According to Head of International Cooperation Julia Zgurskaya, everyone can read information about the object and get links to more details through matrix code on the attractions.

“QR-codes – a worldwide practice. And today we have made another step to ensure that the Kharkiv became more modern. Matrix codes can help visitors to learn more about our city, and something new will gather Kharkivens”, noted Zgurskaya.

As the author of the project for the establishment of QR-codes Mikhail Demshin said, initially such codes will appear this autumn on all the city’s iconic objects, the so-called “seven wonders of Kharkiv”: at the monument to Taras Shevchenko, Assumption, Annunciation and Intercession cathedrals, in the house with a spire on the Square Constitution and Gosprom. 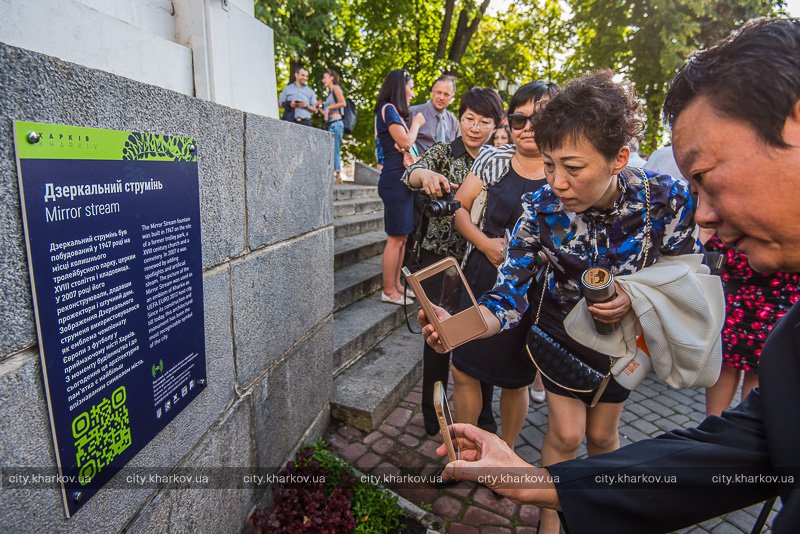 In the future it is planned to establish such codes on other known objects in Kharkiv: theaters, zoo, and others.