Experts from Ukrinform (UA) have prepared an infographic with brief data on the first year of the new police in Ukraine. 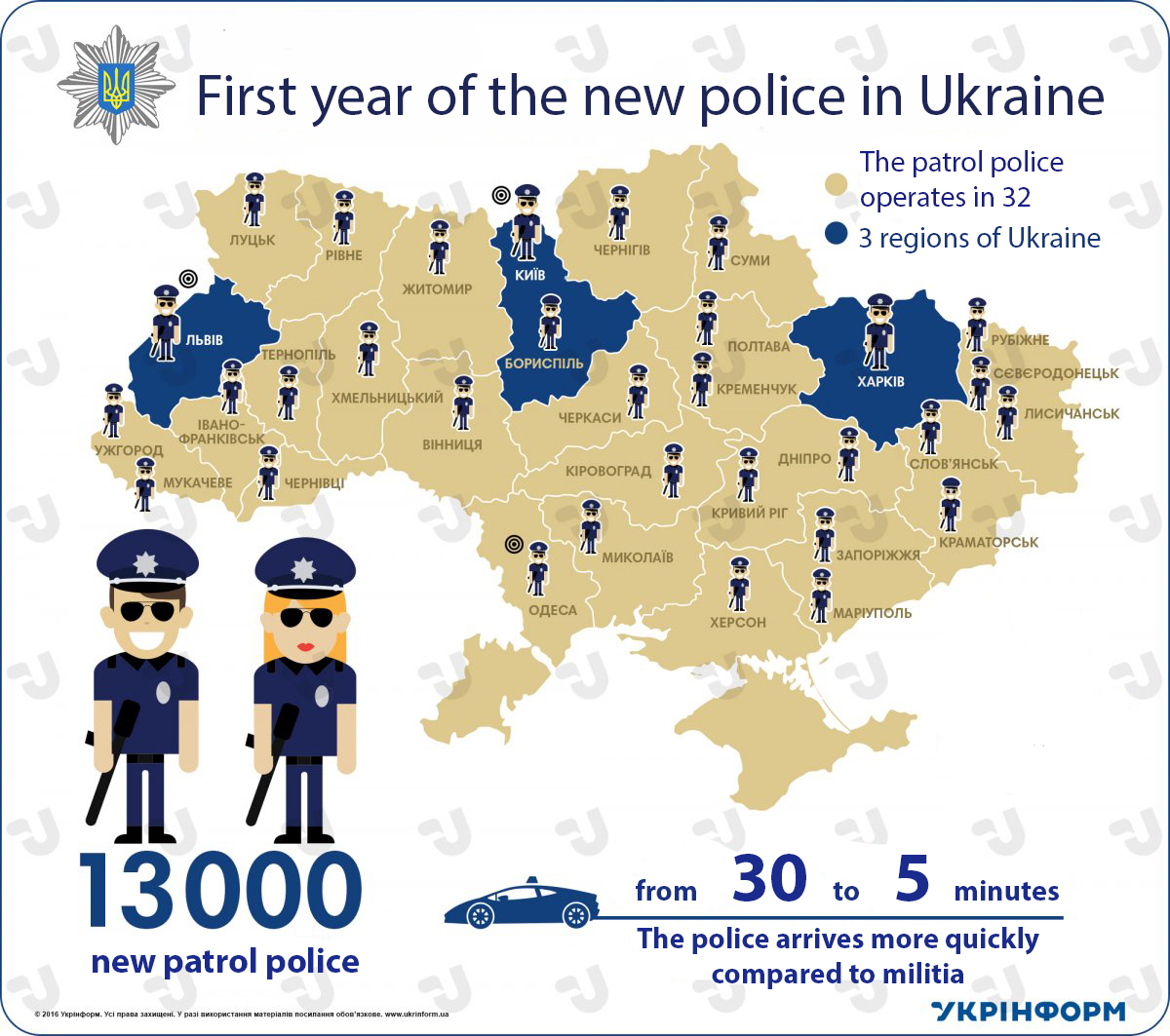 BACKGROUND: Patrol Police is a division of the National Police of Ukraine, which provides day and night patrolling of city streets, as well as the first to respond to the calls to 102. It ensures public order and safety, protection of citizens’ rights and road safety.