Ukraine’s hryvnia topped the world ranking with the most undervalued national currency, according to The Big Mac index published in The Economist magazine for July 2016.

Ukraine’s national currency is undervalued by 68.8% against the US dollar and 62.6% to the euro.

According to the study, the list of countries whose national currencies are undervalued by 50% or more, apart from Ukraine, are Malaysia, Russia and South Africa. 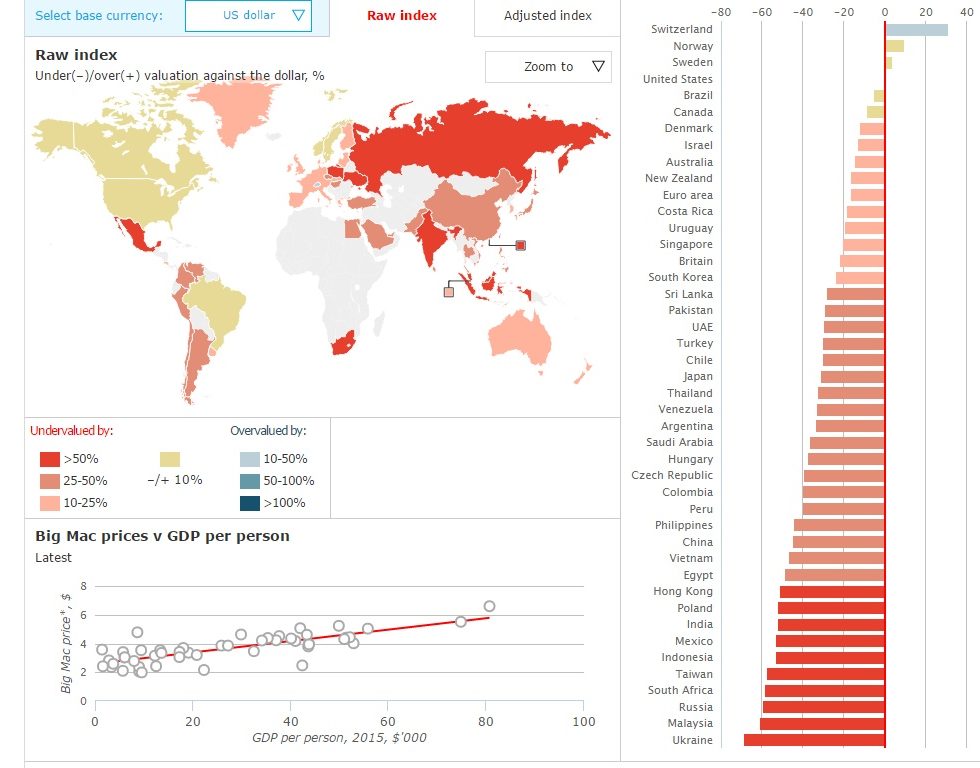 BACKGROUND: THE Big Mac index was invented by The Economist in 1986 as a lighthearted guide to whether currencies are at their “correct” level. It is based on the theory of purchasing-power parity (PPP), the notion that in the long run exchange rates should move towards the rate that would equalise the prices of an identical basket of goods and services (in this case, a burger) in any two countries. For example, the average price of a Big Mac in America in July 2016 was $5.04; in China it was only $2.79 at market exchange rates. So the “raw” Big Mac index says that the yuan was undervalued by 45% at that time.

We also recommend you read: How easy is it to do business in Ukraine?, World Happiness Ranking: where is Ukraine?, Ukraine ranked the 130th place in the Corruption Perceptions Index 2015, Why Ukrainian businesses need PayPal?.