Despite the attempt of military coup in Turkey, and the introduction of state of emergency for three months, the beaches of Kemer, Alanya and Trabzon as ever full of tourists. People as before seek to rest cheap in the “all inclusive”, Dozor reports (RU).

According to the manager of Kharkiv travel agency Lilia Marchenko, there are no complaints from tourists. 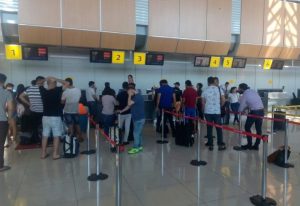 “Tourist does not even notice this when he is in a tourist area. The only thing we recommend to refrain of Istanbul. This is a large industrial city. He is in demand with tourists who make transfer and fly somewhere in Europe from Kharkiv, because it is very convenient connections, good pricing. But from this we recommend to refrain,” suggests manager.

Ukrainian Ministry of Foreign Affairs also advises tourists be careful. In connection with the introduction of a state of emergency in Turkey, tourists should always carry identity documents, noted on the site of ministry. 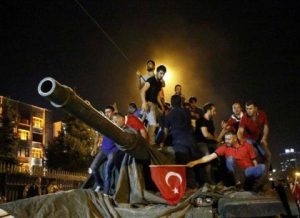 In case of trouble or getting into any mess on the territory of Turkey, Ministry of Foreign Affairs Ukrainian advises tourists immediately contact the embassy of Ukraine or General Embassy of Ukraine in Istanbul.

BACKGROUND: The state of emergency declared by the President of Turkey Recep Tayyip Erdogan on Wednesday, came into effect in Turkey on July 21.