The activists promise to “guarantee free access to water and sports entertainment”. Thus they hope to secure the recently achieved free access to Bezlyudovka beach (previously for entrance required 50 UAH).

A few days ago Azov broke up the so-called security of the beach, which is illegally demanding money from people. Law enforcers have previously accused Azov of hooliganism, but then activists’ position was supported by officials of Kharkiv Regional State Administration (KRSA), who focused on the illegality of raising money for access to water resources. 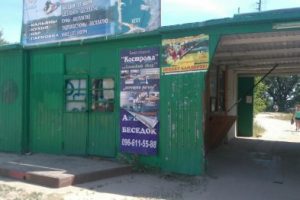 “There was a court with a company that illegally collected money for passage, and the court recognized the conclusion of the contract null and void, and entered into force 7 days ago. There patrol policemen to prevent any actions from the company. Of course, there were carried out illegal activities, they did not have a lease agreement, and the beach place has not been approved. It was illegal, and this is clearly confirmed by the Court of Appeal,” noted deputy head of KRSA Eugene Shahnenko.

According to him, the company tried again to re-establish the barrier. Now the police are patrolling the entrance to Bezlyudovka beach.

We also recommend you read Which two Kharkiv beaches have quality certificates? 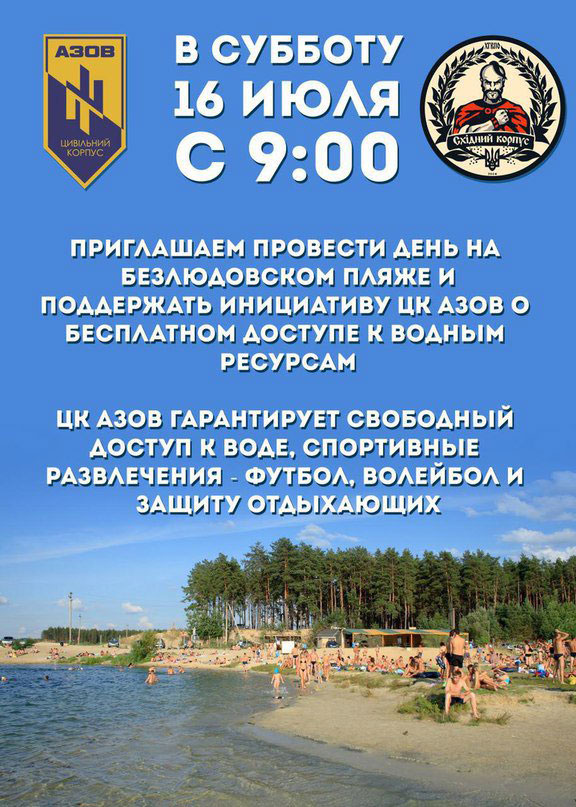