The guys made a tour of the cities of Ukraine. They perform just on the street and gather dozens of people around them. Vinnitsa is the penultimate in the list. Next is Odessa, states 20minut (UK).

The band is a year old as the date of the founding of the orchestra is considered their first concert in the current team which was held in April 2015.

The guys played covers of popular and modern songs, make their own arrangements and resounds in new ways.

“We play wind instruments, because it is unusual … Now we have a mini-tour of the cities of Ukraine. Today is Vinnitsa and tomorrow – Odessa. And it will be the last city,” said musician Egor Remmer, holding in his hands a trombone. 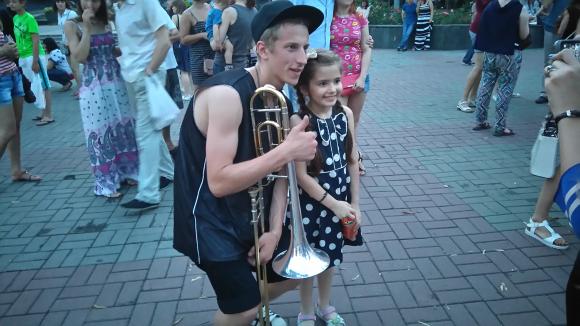 In each city, the guys gather around several tens, or even hundreds of people. How much money they managed to collect – do not say, but recognized that enough to rent some accommodation, for meal and tickets for the bus to get to the next city. 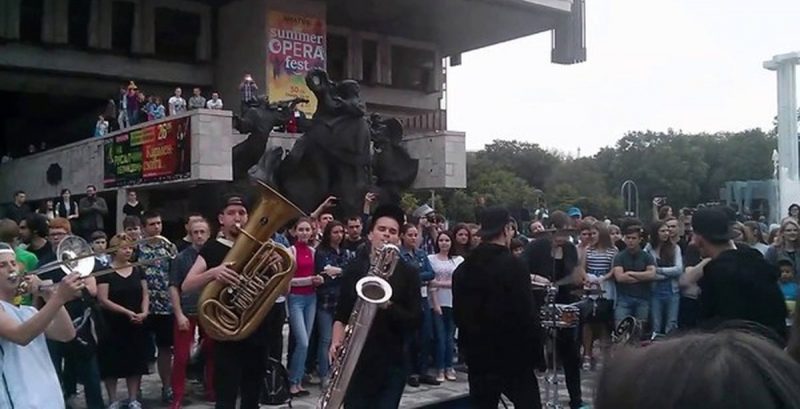 Although band has already performed on many volunteer movements and free city events such as the Music Day and Holi festival of colors. So step by step Brass Band has won a sufficient number of fans, not only with interesting arrangements to known hits, but also lively, colorful performances. There are seven musicians in the band.

Recommended reads: Kharkiv band SHANA to perform with Muse, Kharkiv music band The Pringlez took third place at the festival “New Wave” and Concert of Okean Elzy: how was it?