It is planned to equip the stationary charging stations for electric vehicles on all municipal parking lots, announced Director of the Infrastructure Department of the City Council Sergey Dulfan, informs Dozor (RU). 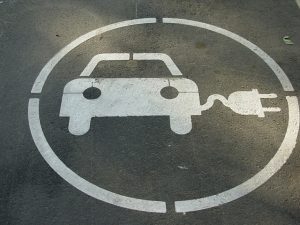 “In recent years, such an ecological form of transport as electric car has become widespread. Less pollution and less use of non-renewable hydrocarbons. City authorities consider it necessary to promote the use of this mode of transport. The resource mileage from one charging to another charging station is inconspicuos, so they decided to equip all the municipal parking lots,” told Dulfan.

To install charging stations on all municipal parking lots, it is needed a lot of expensive equipment. City government plans to attract investors to its purchase as there is not enough money in the city budget for this large-scale project.

According to Dulfan, there are already a number of companies interested in this project.

At the moment there are 4 charges in Kharkiv and 2 charging stations on the territory of the Kharkiv International Airport, which operate twenty-four-hour. Charging is free.

We also recommend you read Ukrainians develop an urban electric car, Electric cars could cheapen in Ukraine and Kharkiv electric tractor was recognized the world over.