In Kharkiv an unusual Regional Development Agency will be created.

As replyua.net reports (RU), staff will search for investors telling them about the region in a positive aspect.

The idea borrowed from the Poles in the Malopolska region such an institution has been operating for 20 years, and during that time has become a major player in attracting investments and promoting major Polish region in the world. 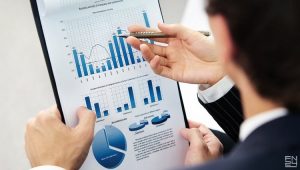 According to Kharkiv Regional State Administration, they already started to form a working group to establish a similar agency. For the future institution intended to provide funding, individual premises and equipment as long as it does not begin to earn. According to Barinova, they will attract young professionals, experienced scientists and managers from different fields to create a team that can do the implementation of any project.

How many people will work in the agency, initiators of the project didn’t know yet. But the reform office assures they are ready to spend on the creation of the agency months or even years that it has brought real benefits.

Experts consider the idea of creating the agency with skepticism. They say, the attraction of investments – function of local administrations, and the result – doesn’t depend on the amount of infrastructures that engaged in it. More importantly – to break the corrupt system, which reduces the investment attractiveness of the region.