Ukraine’s national soccer team has become the first team to be eliminated from Euro 2016 after the 0-0 draw between Germany and Poland, reports Radio Liberty.

Ukraine, which has zero points after two Group C matches, and still has to play Poland.

For Ukraine, it was its second straight 2-0 loss. Even if it wins its final game against Poland and Northern Ireland loses its last match to Germany, it won’t be able to overtake the Northern Irish even though both will have three points.

Under UEFA rules, teams with the same amount of points are first separated by results against each other. 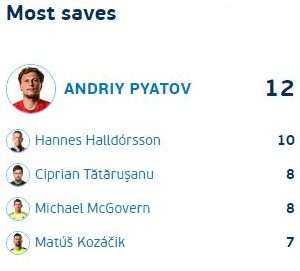 However, the Ukrainian goalkeeper ANDRIY PYATOV is considered to be the best with 12 saves for the national team.