Home Culture Kharkiv musicians to give concerts in Western Ukraine

An initiative group of famous Kharkiv musicians and poets will launch the project “Kharkiv has chosen Ukraine,” reports QHA (RU).

According to the organizers, in Central and Western Ukraine there is an opinion that Kharkiv is not so pro-Ukrainian city as, for example, Kyiv or Lviv.

In order to dispel these unfounded opinions, Kharkiv musicians, writers and public figures are to hold a kind of tour-festival in Ukrainian cities.

This action will begin with the concert, which will be held in Lviv on June 1, in the Bohdan Khmelnitsky Park. The second concert will be held in Ivano-Frankivsk on June 2. Then the group will go frontline cities – Slavyansk, Kramatorsk, Starobelsk, Schastie. Then organizers plan to continue the tour in Mariupol, Dnepr (Dnipropetrovsk), Kryvyi Rih and Odessa. 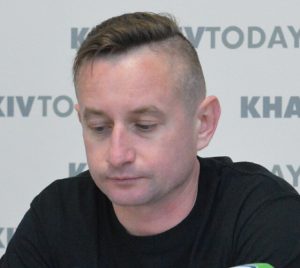 “Musicians from Kyiv will join us. This shows to all that we are living in the same space, we live with the same thoughts, we are together in Ukraine,” said one of the organizers of the tour, the famous writer and public figure Sergey Zhadan.

In addition, raised funds organizers intend to send to help children whose parents went missing or died defending our country in the ATO area. The money will be transferred to the neediest families.

We also recommend you read Book by Sergey Zhadan entered the top 10 in Austria and Kharkivens will be able to get to Western Ukraine in less than 2 hours!