17 teams of boys and girls aged 10-12 years competed for winning. The competition was held under the patronage of the co-chairman of the party “Nash Kray” Alexander Feldman, reports Ukrop (RU) with reference to Nashkray.

“When we started to hold “Tournament of thousand teams” we wanted to give children an alternative to aimless and sometimes dangerous pastime in the streets. And besides – to help open up the sports talent of children, to make the first step in a football career,” said its founder, Alexander Feldman.

“Over 15 years of competitions more than a million children have taken part in it. Competition never ends: immediately begins a new – this is its essence and uniqueness. On September 1 begins a new stage of the tournament. Therefore, all the boys who, for whatever reason, did not have time to apply for this season of games, will be able to participate in the next.” 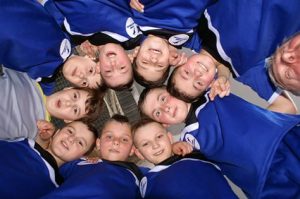 The victory in the “Tournament of thousand teams” won a team from Kupyansk (boys) and Krasnograd (among girls). Second place won the boys from Krasnograd and girls of Borovsky District. Third place went to the team of boys from Lozovsky and girls from Shevchenko district.

The winners of “Tournament of thousand teams” in addition to traditional cups, medals, diplomas and valuable prizes received another gift from the International Charity Fund “Alexander Feldman Fund”: during the summer holidays, they will go to a tour trip. The teams which took third place will travel to Lviv, the second – to Warsaw and the champions – to London.

We also recommend you read Kharkiv may become another tourist stronghold of Ukraine and Feldman promised to attract the Israeli business in Kharkiv.