April 6, 2016 the Netherlands held a national referendum about the EU’s Association Agreement with Ukraine.

According to preliminary information, with all municipalities reporting, 61.1% had voted against the association, while 38.1% expressed support. Turnout was about 32.2%, just above the 30% requirement for the results to be valid, reports Dutch BNO. 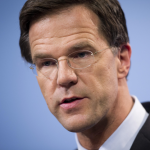 Responding to the results, Dutch Prime Minister Mark Rutte said it was clear that the ‘no’ camp had won with a significant margin. “My political belief is that – if the turnout is above 30 with such a huge victory of the ‘no’ camp – then ratification can’t just go ahead,” he said.

Rutte declined to specify how his government would proceed but said he will discuss the issue in parliament and at the European Union in Brussels. 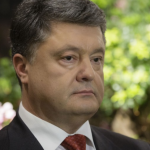 The official website of the President of Ukraine Petro Poroshenko posted a comment on the preliminary results of the referendum: “This referendum has an exclusively consultative nature. I am confident this event is not a strategic obstacle for Ukraine on the path to Europe. I would like to emphasize Ukraine will keep on implementing the Association Agreement and ensure the establishment of DCFTA with the European Union, for it is a way to modernize Ukraine and reinforce its independence.”

Feel free to check other posts on topic: Netherlands will vote in support of Ukraine, Does the Netherlands wish to see Ukraine in the EU? and Going Dutch: Reasons to invest in Ukraine.