Home Interview What does an ATO fighter feel when returning home? 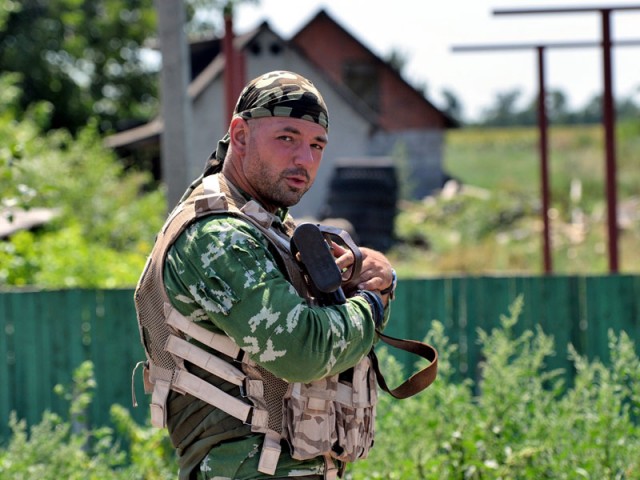 At the front, it seems the whole country is fighting together with us. Back home, you understand: no way.

Alexandr Mamaluy, a former judge of Kharkiv region’s Economic Court and sniper of the 93rd mechanized brigade told us what a soldier feels after returning home.

For a few days you return to your hometown from the front. On Friday morning after receiving a departure order and a half an hour to get ready, you take a couple of sparkling water bottles as a quick shower, and, with a crunch, scrape off your three-day stubble.

Having put on your “Sunday” uniform, grab your rucksack and run to the car. Pistol is put into the belt, spare magazines and ammo packs into pockets. Though you are going to the rear, everything happens, but the prisoner is not for us.

And now you’re leaving, farther and farther away from the front. Swelling of our SP guns and bullet storms of separatists’ weapons fade away. Guys from the support group give you money and cards, point gifts – who asks for a knife, who wants a bucket hat, who orders some pieces for the car…

You nod, promise to bring everything, but there is a single thought in your head: you are going home, but they remain here.

In the evening you will drink cognac, and they will go to battle out, without you. You will sleep in a soft bed with a woman, and they will not sleep at all, in the best case – they will take a nap on a mat on damp concrete, huddling up to one another for warmth. All these thoughts scratch your soul.

Guys give you a lift to the National Guard’s check point on the border of regions.

– Hey, military! 93th mechanized brigade, a company of snipers! I’m on my way home for a short leave.

“Natguards” and “Berkuts” at the check point ask you how the things are going at the front. You show on your phone photos of occupied enemy’s fortifications, crashed weapons, prisoners. “Berkuts” rapidly hitch a ride.

– Where are we you going? Will you lift a veteran up to Novomoskovsk?

And then you are driving peaceful roads. Here people don’t shoot at our columns from a bush and our soldiers don’t shoot through every big green area. Here, death will not fly to you from the midst of the foliage, but you are still peering into the dense greenery on the sidelines. Not once have you lay in wait, hidden in the tall grass, and you know that it’s almost impossible for an ambush from the car. But you are still looking narrowly. An illusion of your own fate control. At the gas station WOG you take a huge civilian hotdog with Pepsi-Cola. In the next couple of days you will have no stew, no biscuits, and no noodles.

A huge air-conditioned bus is taking you home from Novomoskovsk. Fellow travelers define in you “a person from there,” perhaps because of the uniform (a Soviet, separated one), military around don’t wear that.

They questioned you on the situation at the front, and you say everything is good, you say that your mechanized brigade soldiers on, and if somewhere the things are bad, you have not heard about that, and you say only your 93rd four-times-order-holder brigade is doing just great! Why they need to know that in your platoon, after two months of the war, left eight people there…

Here it is, your hometown. Spiffy, bustling, beautiful and native. You are walking through its streets in a mint uniform, with a rucksack on your back, people are turning back. A 40-year troop corporal is rarity in the city, the domain of military students.

It’s like embarrassment of riches, so many beautiful girls, it’s a beginning of the school year, so students came. But against your will you also notice men of military age – lots of them. They’re walking with girls, sipping beer on the verandas… Amid the euphoria from a meeting with home the first irritation moves – why don’t they serve?! Why do so many people avoid a draft? The war goes, the hard war! The enemy has came to our land, gotten in with his armored vehicles, artillery and motorized infantry. We kill, we’re killed, when they’re hanging around night clubs and picking girls up.

And the first “syndromic” thought appeared – well, bastards, give us time: when coming back from the war – we will ask all of you what you were doing while we’re unsparingly defending our homeland.

We will ask all of you. Such right we have.

And you understand from now until the end of your days you will divide people into those who have being fought, and all the rest.

Hatred is taking your breath away.

You knew that it would be like that, you were warned about.

Guys, who have been on holidays earlier than you, told you that hometown is full of nice cars with Donetsk and Luhansk numbers (separatists, bastards, crowds of them come as IDPs, gah!). That lovely girls have found other f ***, more comfortable, who don’t sleep hell-where in the steppes of Donbass, but here, at hand. Travels, boutiques, restaurants, attention. We can not give that – we are fighting. We are not in trend. We are out of the choice frame. Not men, but something strange, glamor magazines don’t write about soldiers, we suck.

We are really not relevant here. At the front it seems the whole country is fighting together with us. Having backed home, you understand: no way.

In general all young guys dodge military service and avoid responsibility. We, after coming back home for a few days from the f#cking hell, we are incomprehensible and dangerous for them. We were like they are – managers, lawyers, accountants, businessmen. Now we are gunners, snipers, tank drivers, intelligence men.

For the majority that’s an incomprehensible metamorphosis. For them, we are soldiers, – something like a werewolf. Skin-changeds. It’s unclear how to communicate with a werewolf. Soldiers aren’t interested in stories about Maldives and purchase of a new Porsche. While soldiers’ stories about hell fights are unpleasant and cause a feeling of being at ease.

And it seems a sacrilege, an insult to the memory of the guys fallen in battle, to hold a conversation with a well-fed, prosperous civilian about those who did not return from a mission, about killed soldiers and missed snipers of your company.

The irony of fate: there is a dry law in the company, and at the front you do without alcohol easily, but in a peaceful hometown of your childhood it’s impossible.

…On Sunday, you will join volunteers’ cars carrying aid to the front. These brave people, whom the military owe an enormous debt to, will drive you to the National Guard’s check point on the region border. Here you will find a company-support car. Another vacationer, sitting down in a ride, is cheerfully shouting to you: And you’re making OK fingers and yelling in response:

The guys have brought your gun and you move into their car.

You’re again among your friends.

Among the people who don’t care your social status and money, and important is that you are not a chicken and shoot well.

There, at home, civilians often set you a question – why? Why do you fight? You are no longer a young guy. Are you an eager beaver? In response, you’re trying to explain something about the oath, about the motherland, that it’s a shame to avoid the army…

But most importantly that you have kept silence that when fighting you have absolutely good conscience every day.

You are there where you have to be. You’re doing exactly what you need to do.

Once upon a long-forgotten feeling…

In your childhood you loved to reread a book with the title: “People with good conscience.” Now you’re one of them.