In one-two years at the intersection of Nauky Avenue and Otakara Yarosha Street plan to finish the construction of retail and office center which has been carried out since 2006.

The new image of the commerce center was agreed on town-planning council, informed StroyObzor (RU).

The new solution has caused disagreements between the members of the Town Planning Board.

In particular, many supported the old project. The chief architect of Kharkiv Sergey Chechelnitsky admitted that he prefers the original version.

Victor Seidenberg supported the new architect project and noted that the building is constructed with all modern standards and meets the trends of our time.

“Under the new project, the building has no symmetry axis. The facade design is based on the contrast correlation of the wrap-around glazing and textured surface of light gray granite. In the composition of the building the active role played by LED advertising,” said in the description of the project. 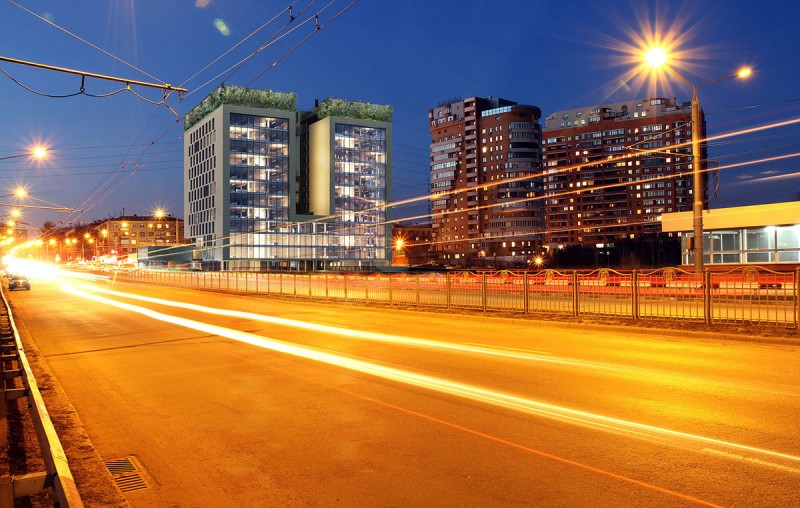 According to the Pavel Nagornyi, one of the authors of the project, apart from increasing the area of ​​the building, it was made an additional entrance from the Nauky Avenue, and the passage to the exit of the subway expanded. The commercial center was built according to modern technologies.

In particular, according to Nagornyi, for the first time in Ukraine in Kharkiv trade and office center applied energy-saving system that uses the energy of the building.

To date the construction of the frame is ready for 85%.

Feel free to check our recent posts “Peremoha” metro’s construction to be finished by August and At the end of 2016 in Kharkiv will appear shopping center “Nikolsky”.