This was stated by an independent lawyer and rights activist, deputy head of the public organization “The right of the people” Elena Khizhnyak.

According to her, on March 11, activists and students of KNURE held a picket under the Ministry of Education and demanded a meeting with the minister to tell about the situation at the university, personnel purges organized by acting rector Eduard Rubin. 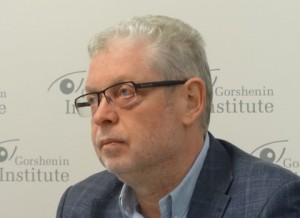 However, the meeting with the minister did not take place – instead of it the officials called Rubin.

“On March 14 during the KNURE rectorate, Rubin in the presence of all members of the university administration, and it has been fixed, publicly stated that he received a call from the Ministry of Education, at the time when activists were there. They said that he shouldn’t make a move and be worry – everything is under control, there won’t be no response relating thereto. Thus, there is a direct corruption component,” said rights activist.

She added that for today there is already proceeding under Article 172 of the Criminal Code of Ukraine concerning illegal dismissals in KHNURE. Now activists demand the opening of another criminal proceeding on the fact of abuse of office.

“I accuse KNURE administration of abuse of power in an especially large amount in connection with the transfer of 34 million UAH of KNURE budget funds to the deposit account without the approval of the university budget. We won’t stop, there is one criminal proceeding under Article 172, will be another for the abuse, and it will be brought to the end,” said Elena Khizhnyak.