Home Interview The foreigner’s testimony: how is it to live and study in Ukraine? 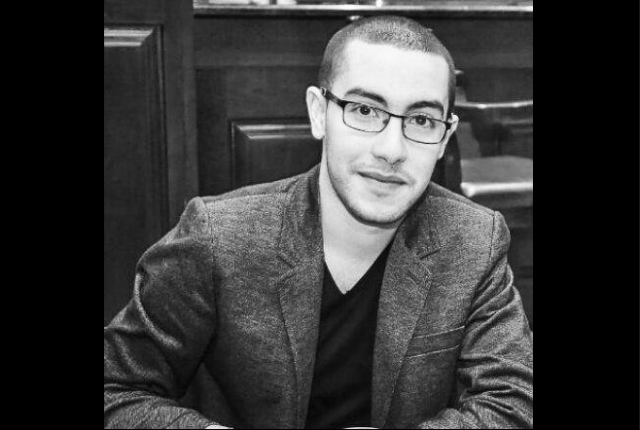 Thousands of foreign students study in Kharkiv. In general, they are from Turkmenistan, China and African countries. Long time as Kharivens got used to the young people on the streets with extravagant hairstyles and other unusual attributes for our country’s culture, easily rent them apartments and do not get scared in the hospitals where foreign doctors do practical training. But what makes foreign students tick, what they’re thinking about, what they are dissatisfied or satisfied with, little is known. We talked with a student of the National University of Pharmacy, a Tunisian guy, Ramy Bouguerra, and asked him to compare the studies and life in Ukraine and Tunisia.

Ramy, tell us, please, how did you make the decision to go to study to Ukraine and, in particular, Kharkiv?

– That’s quite a big story. I spent two years studying engineering at home, but, frankly, there are a few prospect with such a profession. I had no possibility to pretend better profession because of my school marks. During my studies I become an activist, I wrote articles about what I wanted, just expressed my personal opinion. I did not create any movement, I was a lone wolf. Finally, I was sent down from the university for my “opinion”. And the time has come to think where I would continue my studies.

I chose Ukraine because in comparison with education in Europe ans Russia, Ukraine wins significantly in terms of cheapness of education when its quality does not suffer. Next Kharkiv. I heard that Kharkiv is the city of students, as well as that there people speak Russian, not Ukrainian, what was very important for me, because, even not knowing Russian, I wanted to be closer to it, not to Ukrainian language. So, I’m here and happy that everything turned out that way.

– Was it difficult to adapt to another country?

– The reality has met my expectations how I imagined life in Ukraine, in a good way, of course. When I came here I did not have friends or acquaintances here. I didn’t know Russian. All the subjects at the university were in Russian: physics, chemistry, mathematics. So I had to learn Russian in a very fast way, because the exams you should pass in Russian as well. It was a great amount of practice which helped me to learn Russian fastly. I immediately got friends, both Russian and foreigners. I was a lucky one, as I lived together with an undergrad at the room, I learned a lot from him. Every evening we watched movies in Russian. I can not say that I understood something, but, finally, this habit helped me to learn Russian. 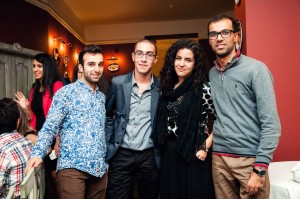 – You came before the outbreak of hostilities in Ukraine. Did you think of coming home back because of this?

As for the war – I came here as like I came home, we also have a revolution, now it has lasted the 5th year already, we are used to it, so it was like normal situation for me. The wave of protests and military actions occupied our cities. So, for me, this situation is in order. Moreover, Kharkiv, although is a border town, but it’s quite calm here, and I don’t feel that somewhere nearby the war unfolds.

– You had a chance to stay in our hostels, share your impressions.

– Probably, I lived in the awfullest hostel in Kharkiv. Huge cockroaches everywhere, Soviet repairs, a few of space. At first it was difficult. But it was fun, now I have something to remember. There I met people of different nationalities, got acquainted with their culture, customs, it was very interesting for me.

– How do you feel about our quality of education?

– Ukrainian education is at the quite high level, I think. Yes, of course, you can buy education. But everyone has a choice to pay or study. If you choose to study, the quality of education is good. I will obtain an international diploma, respectively, I could work anywhere in the world with such a diploma which is of big importance for me. And knowledge and skills will be are applied to this diploma, if to study with conscience and not to “buy” education.

– What is, in your opinion, normal salary of the average Ukrainian?

– To feel normal, not to show off and not to infringe yourself, for normal life I need about 9-10 thousand hryvnias. This is including 3500 hryvnias to rent my apartment. Earlier you could normally live for 200 dollars, but today it is very difficult to do. Given that the dollar rate has increased by 3 times, I think, that life here is very expensive compared with average earnings. Of course, I have the means to pay the tuition ($4,000 per year for foreigners). But in terms of life, I feel just like an average Ukrainian.

– What do you think about corruption in Ukraine?

– At the university, for example, from the very beginning of the semester we already know how much it will cost for us one or another discipline. But again, everyone has a choice – to pay or receive knowledge. In Tunisia, the situation with corruption is even worse than here. For five years we have changed five presidents and 138 ministers and the current president is 91 years old. You understand that to stop corruption in such conditions it is extremely difficult. What about corruption in Ukraine, of course, it exists in considerable quantities.

– Have you been touched by some kind of our stereotypes and racism?

– Yes, there is a stereotype in Kharkiv that all foreign students at all stuff their pockets with money, but I’ll tell you, it is so far from the reality. I personally worked as hookah-maker and cooked Shawarma, I can not say that it was difficult, just some earnings are also in need. Of course, I want to have my studies finished and earn money by myself, but to everything there is a season. Racism does not concern me, it is more related to Nigerians. Generally your people are quite tolerant in this matter. I think if you act according to your conscience, the question of nationality will not appear. Good and bad people exist in any country.

– Name the things which you would like to change in Ukraine, and, on the contrary, the things that you appreciate here.

– I like Kharkiv, like Ukraine. I have been in Kiev, Dnepropetrovsk, Zaporizhia and Lviv. And I found Kharkiv very comfortable for me. I like your people. They are independent, that is. It’s your custom to respect the others’ opinion, not to impose your own. Tunisia is an Islamic country where people revere the traditions and order. There is such a sense of freedom here. Also I like snow in Ukraine, you know, last summer, there was over 55-57 degrees in Tunisia, but I quickly got used to the local weather. Usually I go home to Tunisia in summer, and spend winters in Ukraine. I like that there are many places to go out, I like theaters, operas. But I have the double pairs from 9 to 5 and then another two hours of German three times per week. But when I have time, it is pleasure to know that there is a choice of a cultural evening. And, of course, I like the Ukrainian cuisine. 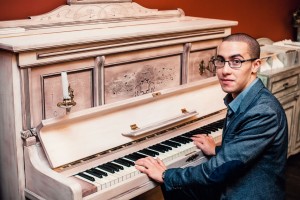 – What are your plans for the future?

– After graduation I’m going to go home with a diploma(!), then study another 2 years there to have an additional internal diploma as well. By the age of 30, I will open my own pharmacy, I hope. I am the eldest son in the family, respectively, I have to do what I must do. To support them… Although, who knows, maybe I will get married to a Ukrainian girl and come home not alone)

– Thank you so much for your open and positive mind-set. We wish you never stop at what you have achieved and continue to develop your talents. Good luck, Ramy!