Home Culture Ukraine took the second to last place in the ranking of the...

The report agency USnews made an international survey to find out 60 best world’s countries to live in. Ukraine took the second to last place, between Iran and Algeria.

Each country was assessed on 65 criteria, including standard of living, prices, labor market, culture, education, business law, and so on. More than 16,000 people worldwide were interviewed to make overall ranking of the best countries in the word. Then the survey results were analyzed and correct proportions in the averages for each country were calculated.

Germany took the first place, Canada got the second one, and the United Kingdom held the third place. Behind the three leaders there are the United States, Sweden, Australia, Japan, France and then other European countries.

Then 24th place in the middle of the list turned out to be Russia, when Poland hasn’t got on the list at all. 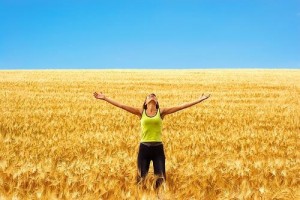 Since the ranking of countries for each group of criteria was calculated separately, it is pretty easy to understand the weak and strong points of our country.

By the criteria of “power” Ukraine showed the strongest results in comparison with other positions: 24 spot 60. These criteria consist of military sector, international relationships, political influence and so on. Ukraine also put good marks for the creation of conditions for entrepreneurs.

But for the quality of life, bureaucracy, corruption and cultural influence the country got the lowest scores, which lowered us to the penultimate place in the overall list.