Today, the activists organized a Christmas parade on the center of Kharkiv. Several dozen people gathered in the Shevchenko Park and had a walk with Christmas star, and performing carols on the central streets of the city.

The participants gathered at 15.00 in the Shevchenko Park and marched on Sumska and Gogol street to the Park of Poetry.

Also today, on January 6 in Gorky Central Park of Culture and Recreation on the main stage with a special program performed I. Bidak Ukrainian Folk Choir and folk instruments ensemble “3 + 2”. Children’s Theatre “Kids of the Future” presented the performance “Evenings on a Farm Near Dikanka”. Adults and children participated in national competitions and games. 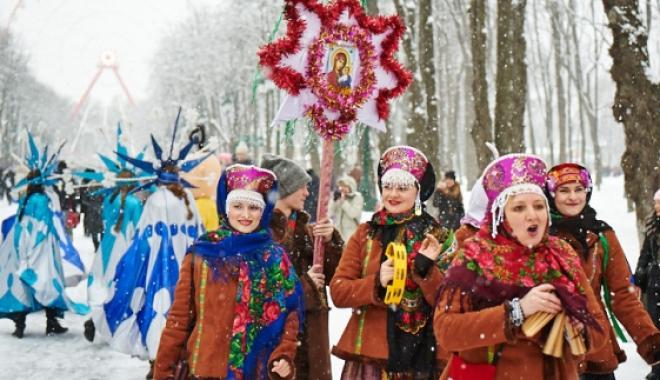 In the entertainment center performed circus studio “Magicians”. Then there were people’s workshops which taught how to make talisman for wellbeing. And in the evening on the main stage will begin youth disco with contests under the name “At night on Christmas …”.

Recall, Christmas – one of the most important holidays for all Christians which is celebrated on the night of 6-7 January.